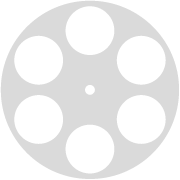 Needs clarification of possibility of digitizing in HD.

Opening of a hospital in the city of Phnom Penh, constructed and equipped with the assistance of the USSR.

Historical. In the summer of 1956, during his stay in Moscow, the national leader of Cambodia, Prince Sihanouk Narodoma, the Soviet Union proposed to the Government and people of Cambodia to build a modern hospital with all the equipment. The hospital was built by Soviet specialists. August 29, 1960 Inauguration of the hospital Khmer-Soviet Friendship.

Cambodia, Phnom Penh, streets, ancient temples, construction of residential houses, water, roads. Classes of students in schools, students of the Cambodian State University. Bookmark and construction of the hospital, designed by Soviet architects. On the construction work, Soviet and Cambodian specialists. The chief engineer of construction Ershov. Type built hospital. Production of drugs in the shops of one of Moscow's pharmaceutical plants, intended for dispatch to Cambodia. Assembly of medical devices for the Cambodian hospital in the Moscow factory "EMA" and "Mosrentgen. Handling of medicines and medical equipment in the port of Odessa on the ship, will leave in Cambodia. Inauguration of the Cambodian hospital, built with Soviet help. The Minister of Health of the USSR SV Kurashov and Secretary of State for Health of Cambodia, Dith They sign a deed of conveyance of the hospital. Prince Norodom Sihanouk, gives awards to the builders of the hospital. Soviet doctors and nurses provide medical assistance to Cambodians in the new hospital.

Ancient temples, erected in IX-XIII centuries the capital of the Khmer Empire, Angkor - LS. (The plane).

Stone statue of the deity of the temple of Angkor.

Busy traffic on the streets of Phnom Penh.

The national flag of Cambodia - CU.

Construction of water supply in the city - MS., LS. PNRM.

Construction of roads in the city - LS., MS.

The streets of the city - LS.

Students at the university.

Young people in the medical college.

Of all of the patients at the entrance to the hospital.

Chief Architect Jacobson, Director of Design Institute Perepelitsyn, architects Kuznetsov, Adamovich Musorina the institute at the model of the hospital.

Layout of the hospital, which the Soviet Union offered a gift to the Government and people of Cambodia - CU.

People of Prince Sihanouk laid the first stone in place, where it will build the hospital.

Operational meeting of Soviet specialists: the chief engineer of construction Ershov, a senior engineer and representatives of Cambodia Stitskogo deputy director of the company, "Sein Tun" and architect Van Malivan.

Cambodian workers are trained in the Soviet builders.

Peasant Nyon Wren trained professional plasterer in the construction of the hospital, the work - MS., CU.

The construction of the catering department.

Installation of boilers and refrigerators.

Soviet specialist Melnikov and mechanics foreman Cambodian Prak Chan at work on the installation of the boiler equipment.

PNRM. the main building of the hospital with the transitions to the economic unit and other hospital corps - LS. (Top point).

A covered walkway between buildings.

Cacti in the medical campus.

A gardener takes care of palm trees in the hospital garden.

Building of the first pharmaceutical factory in Moscow.

Factory workers are preparing to send medicines to Cambodia.

Machines for the manufacture of tablets.

Leningrad medical specialist in the field of pulmonary tuberculosis EI Gusev at work in the hospital.

Packing the final of the machine to send.

Shipment of medicines and equipment to the ship in the port of Odessa - LS., MS.

Animation: The Itinerary of a Soviet ship from Odessa to Cambodia.

Ships on the Mekong River - LS.

Unloading a ship with Soviet Georgia in Phnom Penh.

Unloaded the box that says "Export.

Unloading trucks with equipment for the hospital, who arrived from the Soviet Union in the hospital lift trucks.

The appearance of the hospital - MS., LS.

National flags of the Soviet Union and Cambodia to the hospital staffs.

The opening ceremony of the hospital Khmer-Soviet Friendship in Phnom Penh: honor guard and band, the guests in the stands.

Arrival of Cambodia's Prince Sihanouk Narodoma, Soviet ambassador to Cambodia Abramov, head of the Soviet government delegation of the Minister of Health Kurashova.

Those present at the ceremony applauded.

Acts Secretary of State for Health in Cambodia They Diet.

By Ministers of Health spectacle.

Soviet doctors who came to work at the hospital, at the ceremony of opening the hospital.

It says the People of Prince Sihanouk.

Hospital medical staff of the local residents at the ceremony.

Prince Sihanouk, the People presents the Order of particular differences in the construction of the hospital: the head of Soviet specialists Gordienko, chief engineer of construction Ershov and other Soviet builders Cambodian architect Malivanu Wang and others.

Minister Kurashov cuts the ribbon at the entrance to the hospital.

Sihanouk people welcomed the Soviet doctors and nurses and their Cambodian counterparts, which will serve the hospital.

Prince Sihanouk, the People familiar with the tools for stitching blood vessels.

The signing of the instrument of transfer of the hospital Khmer-Soviet Friendship.

Signed by the Minister of Health Kurashov and Secretary of State for Health Diet Him.

Minister presents Kurashov Prince Sihanouk peoples endowment deed of assignment hospital, signed by the Chairman of the Council of Ministers of the USSR, Khrushchev.

Arrival at the hospital the Queen of Cambodia Sisowath Kossamak Nearireat.

Queen meets with the hospital.

Toys in the children's department.

Queen and accompanying the children's department.

The people familiar with the specialists lifting and transportation of seriously ill patients.

X-ray machine in the office - CU.

A nurse playing with sick children.

Cambodian children in the room playing with toys - MS., CU.